Israeli women may be slightly behind Europe’s in terms of parliamentary presence – slightly less than a quarter of the Knesset as opposed to roughly one third of the Swiss, British and German lawmakers – but in the judiciary they have been well ahead of others, for decades.

Since then two women served as Israel’s State Attorney, and in 2006 Dorit Beinisch became the first female president of the Supreme Court. Now the second woman in that position, Miriam Naor, is about to be succeeded by a third woman, Esther Hayut.

Born in to Holocaust survivors in an immigrants’ camp outside Tel Aviv, Hayut and her husband, David, ran a corporate-law firm before she became a judge in 1990, 13 years before she rose from the Magistrate Court to the Supreme Court.

Now one of 5 women in the 15-member Supreme Court, Hayut’s appointment was supposed to be automatic because she is the court’s veteran justice, but for a moment the appointment was in jeopardy, because of another woman: Justice Minister Ayelet Shaked.

“The military doesn’t promote according to seniority and neither do corporations,” charged Shaked, who became justice minister two years ago at age 39, younger than all her 20 predecessors.

Shaked eventually backtracked, after she realized that no judge would challenge Hayut’s candidacy, but the struggle over the so-called “seniority principle” was but a detail in a broader struggle of authorities between Israel’s legislature and judiciary.

THE SHOWDOWN has been raging on three fronts.

Legalistically, it is over the limits of the powers of the Supreme Court’s High Court of Justice, which fields appeals from any citizen concerning governmental actions and legislative motions. Liberals want this court’s activism upheld and even intensified, conservatives want it tempered.

Politically, many in the current coalition feel the court is more liberal than the average Israeli, for instance on issues of religion-state relations. Lastly, the Supreme Court does not properly reflect Israeli society, as the justices are predominantly secular, male, and of European ancestry.

The justice minister’s victory on this front did not prevent a series of collisions in subsequent months between the government and the court.

In one case a taxation law was annulled due to its flawed legislation process; in another case the court limited illegal migrants’ detention period; and in a third case the court ruled that restaurants can announce themselves as kosher even if they lack the Chief Rabbinate’s approval.

Much most explosively, the court ruled September 12 that ultra-Orthodox men’s exemption from military service is unconstitutional.

THE SUPREME COURT has been challenging Israeli governments since 1953, when it upheld the publication of a communist newspaper which the government claimed was harming national security. In recent decades, however, the court’s involvement dramatically intensified, as it was drawn into vacuums caused by the politicians’ indecision.

Thus, for instance, in 2004 the High Court of Justice found itself in the unusual position of judging the Sharon-government’s decision to build the anti-terror fence that ultimately helped fend off suicide bombers. Similarly, in 1978 the High Court of Justice had to rule whether establishing settlements in the West Bank could be defined as a contribution to Israel’s defense.

Such juridical dilemmas reflected the politicians’ ongoing failure to either relinquish or annex the West Bank, thus creating a legal limbo. Sucked into such political black holes, the court was expected to provoke large parts of the political system and of Israeli society itself.

Faced with this dissonance, conservative politicians have been seeking ways to constrain the Supreme Court, especially its ability to annul legislation.

That is why Shaked is now seeking new legislation that will define the judiciary’s power vis-à-vis the legislature.

A bill she is ready to table will enshrine the High Court’s power to annul legislation, but will then allow the lawmakers to counter-legislate with a majority of 61 of 120 Knesset-members. The bill would also block the court from undoing laws that stem from the so-called basic laws, which are Israel’s alternative to a constitution.

Odds are against Shaked’s bill. While it will be backed by her 8-member Bayit Yehudi faction as well as Prime Minister Benjamin Netanyahu’s Likud party and the ultra-Orthodox coalition members, it is opposed by Finance Minister Moshe Kahlon and his 10-member Kulanu faction.

Either way, this is the struggle that Ayelet Shaked has in store for Esther Hayut as she prepares to take over next month the presidency of the Israeli Supreme Court for a six-year term that will end when she turns 70.

Until then, these two women will dominate a struggle of the sort America’s founding fathers conducted back when they debated and crafted their own system of checks and balances. In this regard, Hayut and Shaked may end up recalled as the Israeli equivalent’s founding mothers. 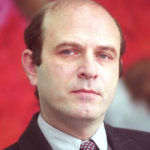 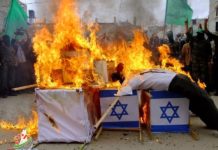 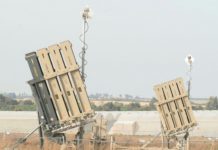 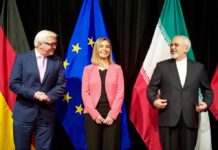 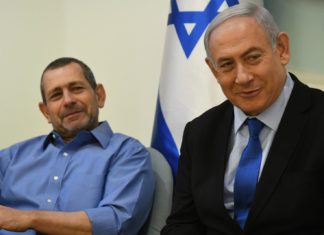 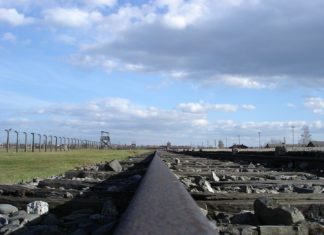 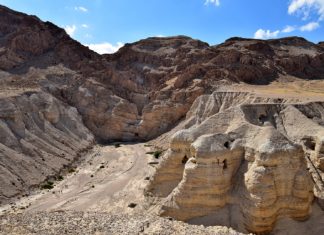 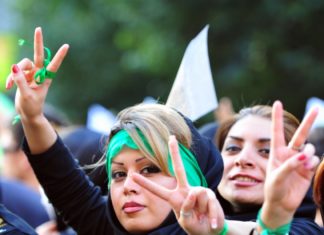