Uri Avneri brought honor to Israel. Only a robust democracy can tolerate such a strident critic during war, and Avneri was a very strident critic throughout 70 years of war. The tolerance was emphasized this week. The obituaries from the political Left were laudatory, even hagiographic. It was the obituaries from the Right that were telling: they were muted but mostly respectful. „We disagreed with everything he said“, went the line, „but he was an honorable and sincere man, and one of us, in his way“. Even in death, one of the country’s oldest detractors had the country demonstrate its tolerance.

Reading the obituaries, even the effusive ones, it became clear that his countrymen were most impressed by a part of his story his foreign fans hadn’t ever heard of. Israeli democracy in the 1950s was narrower than today. There were free elections and a notionally free press and freedom of speech, but the central-Left ruling Mapai party dominated society, newspaper editors coordinated their stories with the rulers, jobs were handed out through political patronage, the Shin Bet wasn’t above serving political goals, and the masses of new immigrants were told whom they ought to vote for. People who claim Israeli democracy is declining need to brush up on the early history of the state. Avneri played as much a role as anyone in dismantling that stultified authoritarian old-boys establishment.

He did so with his newspaper, Haolam Hazeh, This World. It was unique among Israel’s papers. Rather than staid it was confrontational. Instead of polite, it was sensational. It was unrelentingly negative. It exposed corruption favoritism and hypocrisy. It espoused a progressive agenda.  It investigated dark corners wherever it could find them.  David Ben Gurion, the country’s dominating figure of the day, detested it.

Was it successful? Much of the media has come to resemble it: so yes, apparently it was, or at the very least it was at the vanguard of the changing Zeitgeist. Just this month there was (yet another) public spat between Minister of Justice Ayelet Shaked and Supreme Court Chief Justice Esther Chayut. Chayut summed up her determination not to be intimidated with Avneri’s operating principle and slogan ללא מורא, ללא מושא פנים: Fearless and without favoritism. It’s hard to think of a more convincing accolade.

When Mapai tried to mute him by legislation, in 1965 he ran for Knesset. Ever the gadfly, he was one of the most diligent MKs ever, never missing a session. A book written about him at the time was titled 1 against 119. He was re-elected twice.

He had been a supporter of a sovereign State of Palestine alongside Israel back in the 1950s, at a time when even the Arab World wasn’t yet supportive of the idea. After the Six Day War he became an outspoken and relentless herald of the idea, and remained so until his death. Initially regarded as outlandish, the concept was eventually accepted even by a majority of Israelis.

But there were darker parts of his story. Haolam Hazeh led the media in the charge towards debased yellow journalism. Hardly something to be proud of. It was pornographic, and Avneri was the most prominent purveyor of pornography Israel has ever known. Progressives should have been aghast.

Were the stories true? That’s the question.

Just last week Ayelet Shaked and other politicians met activists demanding to see the documentation of the Mossad in the 1950s. They hope to prove that Mapai was kidnapping infants from Yemenite immigrants and selling them in America. The source for this false claim which has been roiling Israeli society for 50 years? A story Avneri fabricated in 1967, and never found the time to deny ever since. It would be comic if it weren’t for the decades-long anguish of bereaved parents who were led to believe their lost children were out there, somewhere, waiting to be found. So no, apparently not every sensational report Avneri published was strictly true, and not every person he maligned deserved to be maligned. This was true throughout his career.

Reaching out to Israel’s sworn enemies in the hope to bridge the abyss and reach peace was admirable, no matter how intensely he was damned for it at the time – unless perhaps it wasn’t. Crossing lines – physically, in a van, in the midst of battle – to meet Yasser Arafat in 1982 was far more than the expression of an opinion. Many healthy democracies have laws on the books which would deem such behavior as criminal. Israel never prosecuted him for it, but the general feeling was summed up by none other than his own old and ailing mother: „I need him at my bedside and he goes off to meet that murderer Arafat!“

His convictions about the conflict with the Palestinians, touted as visionary by some on the Left and all European observers, appear rather shabby on closer inspection. He spent decades foretelling how the two State Solution was just, attainable, and inevitable. In his telling the conflict was about real-estate, and once the land was partitioned it would be over. Until then, he warned, it would be re-runs of the 1st Intifada, with masses of unarmed Palestinians clashing with armed IDF forces until democratic Israel would buckle under the moral weight of the occupation.

The reality, of course, was much darker. The 2nd Intifda wasn’t mass demonstrations of Palestinian crowds being shot at by the IDF. It was an endless series of suicide bombers murdering Israeli civilians in their homes and on their streets; and it was crushed, eventually, with the grim resolution of an almost complete Israeli consensus. When Israel eventually followed Avneri’s prescription and resolved the real-estate issue in Gaza, none of what he foretold ever happened; instead the conflict evolved into an irresolvable clash of totally irreconcilable national narratives about identity and all its baggage.

Avneri, in spite of fleeing Germany as far back as 1933, was ultimately a well-read intellectual European. He never saw the need to listen closely to what the Palestinians were saying – nor the Jews. Not having listened, he never understood.

The historian Dr. Yaacov Lozowick is the Israeli state archivist and was director of the archive in Yad Vashem from 1993 to 2007. 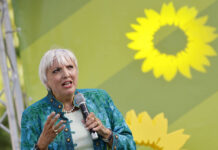 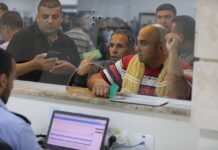 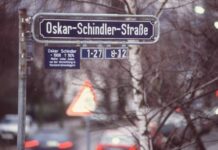 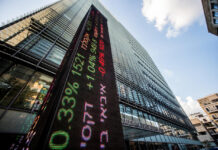