Syria’s current tragedy began with a farce. In one of the most embarrassing journalistic flops ever, American lifestyle magazine Vogue celebrated across several glossy pages the attractive, cosmopolitan, and well-tailored Asma Assad and her husband, Bashar, as a “wildly democratic” couple who made Syria the “safest country in the Middle East.”

The issue had hardly reached the newsstands when Asma’s spouse unleashed the bloodbath that would crown him as the single man who killed and displaced more Arabs than anyone, ever.

The famous fashion magazine was fooled by an efficient PR machine, but the revolt to which Assad responded with wholesale brutality took everyone by surprise, beginning with Assad himself. As late as 31 January 2011, only six weeks before the civil war’s outbreak, Assad still boasted in an interview with the Wall Street Journal that “Syria is stable.”

More than half-a-million fatalities and 10 million refugees later, Syria is probably the most unsafe and unstable country in the world. Then again, its civil war has been decided, and the bottom line for now is that Assad has succeeded where former Egyptian president Hosni Mubarak, former Libyan leader Moamar Qaddafi, and the longtime leaders of Tunisia and Yemen have all failed: he survived.

Assad, much like Generalissimo Franco in Spain’s civil war, survived thanks to his enlistment of foreign powers, and the full license he gave them to massacre his citizens.

Assad’s opponents, much like Franco’s in the 1930s, remained divided and often also conflicted. Finally, Putin’s decisive military action was complemented by Trump’s political retreat, when he decided in July to stop supporting the anti-Assad militias that Obama had armed and trained.

That is how Assad has kept alive a regime dominated by a minority, the Alawite tribe, as previously explained here.

Even so, Assad’s victory is not complete; not only because the Sunni Islamists of ISIS have yet to be fully defeated, but because the Syria that will emerge from the war will be weaker, smaller, and much less independent than the one that entered it.

The Kurdish minority remains effectively autonomous in the country’s northeast; in the northwest Turkish troops are occupying Syrian land; in the west Russia is the de-facto ruler of the Syrian coastline, the southwest Hizballa’s Lebanese troops dominate, and Iranian units dot parts of the east.

Assad, then, has effectively ceded Syrian soil and sovereignty in turn for the political oxygen that keep his regime alive.

ASSAD’S DEFEAT of the Sunni groups that rebelled against him in winter 2011 has given his Iranian ally an opportunity to deepen its presence in Syria.

Iran’s greater hope, to establish an overland corridor to the Mediterranean, clashes with Russia’s resolve to dominate the Syrian coastline, as this column recently explained. However, the Syrian east remains exposed, and opens for Iran the possibility of moving its planned bridge south, to Lebanon.

An overland bridge from Tehran to Beirut is even more intolerable from Israel’s viewpoint, as it is even closer to the Jewish state than the Syrian coast.

Moreover, an Iranian deployment to the east of the Golan Heights would potentially link up with Hizballa’s units in southern Lebanon, creating a 130-km frontline extending west and south from Mt Hermon, to the Mediterranean and Jordan, respectively.

„The aim is to prevent Iran’s de-facto takeover of Syrian regions.“

This is what Prime Minister Benjamin Netanyahu and Russian President Vladimir Putin have discussed in their meeting in Sochi on August 23. This is apparently also the context in which Israel reportedly bombed two weeks later a Syrian missile factory in the town of Masyaf, between Homs and the coast.

Behind this lurks a change in Israeli strategy toward Syria.

As long as the civil war raged, Israel’s aim was to stay removed from the war, other than attack weapon shipments to Hizballa’s in Lebanon. Now the aim is to prevent Iran’s de-facto takeover of Syrian regions.

Judging by Russia’s toleration of the September 7 aerial attack, of which Moscow is believed to have known in advance, it seems Iran’s plans in Syria had been severely complicated by Russia’s arrival.

First Russia pushed over Iran politically, with its air force’s decisive intervention in Assad’s behalf since fall 2015. Now Russia is at least passively backing Israel’s resistance of Iran’s ploys in eastern Syria. Meanwhile, Iran must respect Russia’s will, because the Kremlin is the ideal supplier of the modern arms that the Iranian military sorely needs. And most crucially, Russia’s strategic interest in Syria, now that it decided the civil war, is that quiet be restored there, so it can start sending some troops home.

Israel realizes this, and apparently sent a message, first diplomatically and then militarily, that as long as Iran meddles in Syria it will not become – to paraphrase Vogue magazine – the “safest country in the Middle East.” 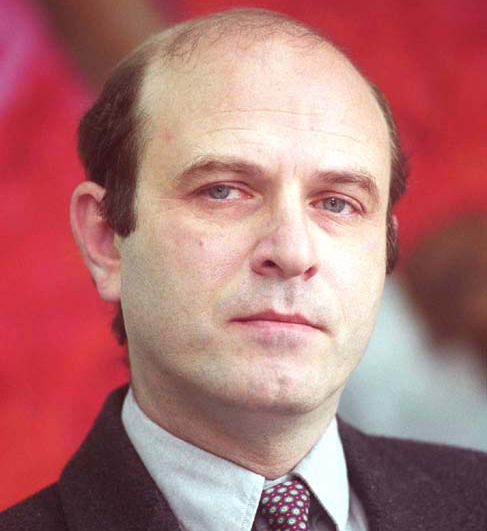 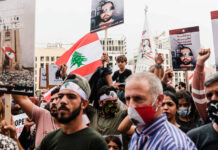 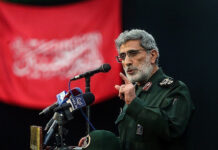 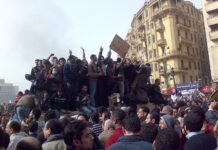