I am a fifth-generation Christian from China. My family immigrated to the US when I was 17. My relationship with Israel is a surprise. Looking back, although I had read the Bible many times, I never thought much about Israel because it was never a topic discussed in church or seemed relevant to my Christian faith. Then in the course of two weeks, it all changed.

In 2000, my husband Bill and I took a trip to Israel out of curiosity. I didn’t feel that the trip had much point because a new Jerusalem was prophesied in both the Book of Ezekiel from the Tenach and the Book of Revelation from the New Testament, so why go look at what will eventually pass away?

Once we arrived, I immediately was surprised to see that it is alive and functioning, not just a promise on paper. It was real! It was lush and energetic. As the late afternoon sunlight turned the Jerusalem Old City Wall golden, our tour bus inched up next to the Wall like a snail, the tour guide shouted loudly, “traffic jams are great because that means people are coming back just as the prophets said!” Where had they been? I was completely ignorant. The tour guide took great pride telling us Israel’s modern founding history. Were we really looking at what the prophets wrote about 3000 years ago? And then we heard about how they drained the swamps and how they made the desert bloom. We saw the green hills and the fruit trees and tasted the good fruits and vegetables. We would never have guessed this place was desolate just 80 years ago, nor would we have guessed that the Hebrew language we heard everywhere was revived just a little over 100 years ago. We were like dreamers – what reality was this? How could God and men continue and create this reality after almost 2000 years of absence?

After the 14-day trip, my head was full of theological questions that I didn’t know how to ask. Also, I was annoyed that no one had told us about this reality in Bible studies or sermons. We knew we had to come back to find out more about this people and this place that challenged all our beliefs about them.

In 2004, we came back to Israel to explore on our own. During the four years since our last visit, we had read and researched Jewish history and learned about the Diaspora, especially the history of almost 2000 years of Christian anti-Semitism. We came back with a bit of weight on our shoulders this time.

One day, as we walked past the Cardo (a Roman period road in north-south direction) in Jerusalem’s Old City, we saw a group of American high school boys, all wearing black kippahs, sitting on the steps down to the Cardo. One boy stood up and shouted, “let’s hear from Josh’s grandfather.”

An elderly gentleman rose at the bottom of the steps, planted his feet on the Roman Cardo, and started to address the boys.

“You see that golden dome on top of the Temple Mount,” he pointed to the Western Wall direction, “because it is there, we cannot build the Holy Temple. What can we do about it?”

“Pray for a miracle?” “Negotiate?” “Moshiach!” different boys shouted out.

“How about if we send a rocket over? Yeah!” another shouted out laughing and high-fived boys around him.

Josh’s grandfather gestured for them to quiet down. “We wait,” he said. “We wait on Hashem. If you do not see it in your life time, your children may see it. If your children do not see it in their life time, their children may see it. We raise our children to be Jews and do the responsibilities Hashem gives us, and we wait for Him. He has already brought us back to the Land like He promised. He does not lie to us, so we wait for Him to rise up to do as He promised. He will do it one day because He already promised it!”

Josh’s grandfather’s speech, on the old Roman road, echoed between the walls around it. Did their ancestors have the same dream 2000 years ago as they were exiled out of Jerusalem, maybe walking on this same road? Could the spirits of the past see their decedents’ return and see the restoration all around them?

Then I knew that I wanted to be a part of this, alongside of these people whose faith and substance I had not known before. After almost 2000 years of apparent silence, God and His people are moving mightily, and we did not want to miss out.

At the end of 2007, I quit my lucrative job in software development and came to Jerusalem to be a volunteer at a Christian Zionist organization that helps poor Israelis and new Jewish immigrants. The organization was founded to serve Jewish people as an act of repentance for the dark Christian anti-Semitic history. My husband kept his job and telecommuted from Jerusalem, so we could pay our living costs in Jerusalem, which are much higher than in Kansas City, Kansas.

At first, we committed to stay just for the year of 2008, but after one year of experiencing life in Jerusalem, we decided to stay on for two more years, until 2010, when our visas expired and could no longer be renewed. In 2013, we returned to volunteer with the same organization for another five years.

During these years, we have created profound friendships with many Jewish people, both secular 1 and orthodox. We are always upfront about being Christian and frank about wanting to participate in the restoration of Israel and to understand Jewish people better. They have taken care of us and always made a point to include us in Shabbat, holidays, life events, and community activities. We also attend an orthodox synagogue regularly with our friends and participate in lessons and gatherings. Although we are absolutely the minority in the community, we feel included and cared for.

Living among Jewish people, we have witnessed their commitment to God and to each other through upholding their Jewish identity and through living out Judaism. The rules and laws in the Bible that seemed obsolete to us before now have taken on a fresh, new meaning and have given the followers immense humanity and dignity in our eyes. We have also spent much time to reconcile our theology with this newly found reality of Israel. What we have discovered through re-reading and re-examining the Bible is a God who is absolutely loyal to His people Israel and is merciful to the Nations. We also gained a new understand of Paul’s writings, especially his concept of gentile Christians being “grafted into the commonwealth of Israel” and his statements that “all Israel will be saved”.

Once during a Shabbat dinner, a rabbi looked into our eyes and asked, “in your Christian theology, what is the future for Jews?” We both were only too happy to answer because of our many hours of studying, “in those days, ten gentiles will hold firmly onto the garment of a Jew and say let us go with you because

we have heard that God is with you 2.” We believe God has laid out a bright future for Israel, and as Josh’s grandfather said, “it will happen because He promised it.” From the marrow of our bones, we know that this is true.

We know that we are given an incredible gift. Lately, we have been trying to find ways to share our understanding with other Christians. When we visited Japan, I had the opportunity to speak in more than 20 churches about the in-gathering, about Israel’s founding history, about Jewish life and Jewish identity, and about Israel’s future as foretold by prophets. We try to foster respect towards Judaism and sincere love and admiration for Jewish people through real-life stories and, when possible, bring Christian visitors into Jewish homes so they can directly experience Jewish life in Jerusalem.

We are amazed at what is happening in both Jewish and Christian communities. We see many Jewish young people making Aliyah from first world countries, taking their Jewish identity seriously and desiring to protect and build their homeland; and we also see Christians abandoning the anti-Semitic doctrines they grew up with and repenting and serving Israel. We feel God has turned a new page. It is truly exiting to live at a time such as this and we are grateful to be a part of this journey! 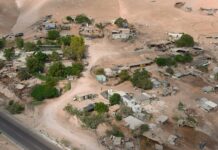 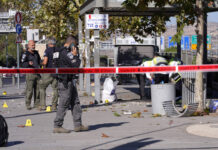 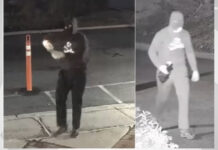 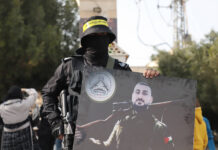