On Monday morning, MSNBC reported that the Trump administration’s pledge to move the US embassy in Israel from Tel Aviv to Jerusalem will not now happen „for quite some time“. Media reports had speculated that the decision would be officially announced on the new president’s first working day in office. Instead, in what sounded like a walk-back, White House press secretary Sean Spicer told journalists that „no decision“ has yet been made. The promised embassy relocation was one of a series of moves designed to position Trump as firmly supportive of Israel in contradistinction to the record of his Democratic predecessor.

Following US Secretary of State John Kerry’s endlessly long lecture explaining the refusal to veto UNSCR 2334, America’s president-elect Donald Trump tweeted: “We cannot continue to let Israel be treated with such total disdain and disrespect. They used to have a great friend in the U.S., but…….not anymore. The beginning of the end was the horrible Iran deal, and now this (U.N.)! Stay strong Israel, January 20th is fast approaching!”

This announcement was met with satisfaction from pro-Trump Zionists, and some of Trump’s ardently pro-Israel opponents began to wonder if they hadn’t been mistaken. Characteristic of this trend was a column in the Forward by Bethany Mandel in which she flatly declared, “My Orthodox Trump-voting friends were right, and I was wrong: it appears on Israel, Donald Trump is already a better friend to the Jewish State than his Democratic counterparts have or would have been.”

We will never know what a Clinton administration’s Middle East policy would have looked like now. But, as for the incoming Trump administration’s apparent enthusiasm for defending Israeli interests, some caution might be advisable.

Like Obama, Bush 43, and Clinton before him, Trump began his presidential campaign almost entirely ignorant of foreign affairs. Unlike his predecessors, he has not proved to be an apt pupil or even an especially curious one. So Trump enters the White House on January 20 without anything that might reasonably be described as a coherent philosophy with respect to world affairs. Instead, his pronouncements and frequently vague policy prescriptions seem to be governed by two remarkably consistent instincts that long predate his presidential run.

The first is a reflexive admiration for authoritarian power at the expense of any consideration of common values. Trump has expressed respect for a variety of despots including Gaddafi, Saddam Hussein, and most recently and effusively, Vladimir Putin. As far back as 1990, Trump was chastising Mikhail Gorbachev for lacking “a firm enough hand” whilst nodding with approval at the Chinese regime for displaying the “power of strength” in its brutal response to the Tiananmen Square protests. This predisposition may make Trump less sympathetic to spurious claims about Israel’s human rights record, but it also signals that Israel’s status as the Middle East’s only liberal democracy counts for little.

Trump’s second abiding instinct is a suspicion of international alliances and agreements, which he sees as parasitical, needlessly expensive, and entangling America in commitments contrary to its own narrow and immediate interests. Israel’s former US ambassador Michael Oren has just stated that Israelis “need an America whose strength and commitment to its allies is unquestioned.” But as Jamie Kirchick recently observed, Trump has shown scant understanding of the value of the liberal world order or of the need to defend threatened democracies, be they in Europe or East Asia. It would be unwise to suppose that Israel will be a reliable exception to this rule.

To these instincts, neither of which bode well for the Jewish state, we can add the new President’s unstable and vindictive temperament. The Obama administration’s clumsy and vindictive manoeuvres against Israel at the UN provided Trump with an opportunity to divide Democrats and shore up GOP support. His condemnation of those actions and his promise that things will change come January 20 cost him nothing but the animosity of those who already despise him.

But will these bullish professions of support for Israel endure once Trump is in a position to make hugely consequential policy pronouncements and decisions? If the interests of Israel and, say, Russia were to come into conflict as they may do over Syria or the Iran deal, there is no guarantee that Trump’s sympathies will break decisively for Israel. And if they do, it will almost certainly have very little to do with any sentimental attachment to Israel’s democratic society or values, and everything to do with a calculation of raw short-term advantage that puts America First. Under other circumstances, such a calculation could just as easily be resolved to Israel’s disadvantage.

Alternatively, what if Israel should resist the Trump administration’s policy initiatives or refuse to endorse them with the expected enthusiasm? The siege mentality Trump brought to his campaign, and which he will doubtless now bring to governance, has seen allies and friends transformed into bitter enemies and foes at the first sign of perceived disloyalty. Trump seems to have difficulty distinguishing between political disagreement and treachery, and should he feel slighted in any way by Israel, it would be foolish to expect any special forbearance.

Trump’s persistent criticism of Obama’s foreign policy is that it has been feckless and weak. But Trump’s authoritarian leanings, his nationalist policy priorities, and his erratic personal temperament make him an unreliable friend of vulnerable democratic allies. His recent statements in support of Israel are to be cautiously welcomed, and a willingness on the part of political analysts to openly acknowledge their own misjudgements is admirable.

But Trump’s Zionist opponents should be wary of scrambling to renounce their opposition to a candidate from whom they have hitherto recoiled. Trump remains the same volatile, cynical, and ruthless operative he always was, and his professed loyalty to Israel could well prove to be as fickle as anything Obama has served up. #NeverTrump recantations may yet have to be recanted, and crow is not so delicious that one should make a habit of dining on it. 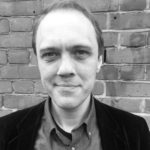 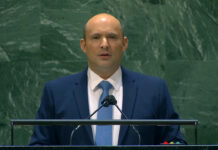 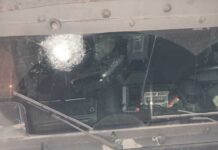 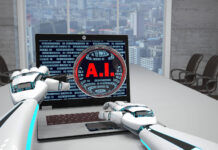